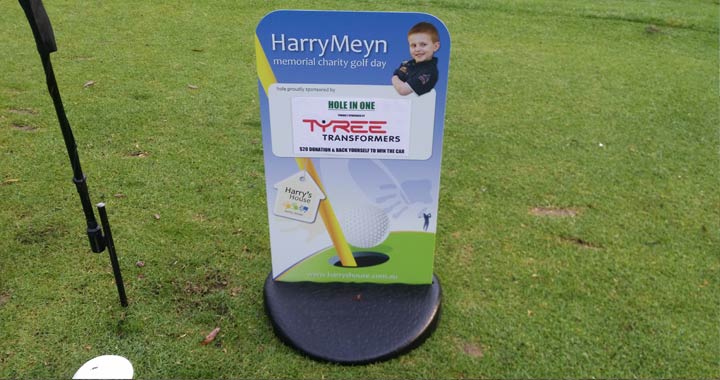 Tyree Transformers are proud and honoured to again be a sponsor of the Harry Meyn Charity Golf Day held at East Maitland Golf Club on the 24th October.

The Harry Meyn Foundation was founded by David & Samantha Meyn in memory of their son Harry who lost his life to a  brain tumor at the age of seven. The foundation was initially established to raised funds for other children’s cancer charities including; Camp Quality, Kids with Cancer, Cure for Life & Lifehouse at RPA.

Tyree sponsored a ‘hole in one’ prize of a Honda Jazz Car on the day, whilst nobody won the prize, it was a great fundraiser and certainly ‘lifted the stakes’ for all serious and occasional golfers on the day.

Scott Steele – National Sales Manager and Will Vanleerdam – Operation Manager Power Transformers & Field Services played in the event and reported it as being highly successful and well supported by the wider Hunter community.

Tyree Transformers are a supplier to the mining, rail, industrial & utility sectors and this charity day is part of our business returning to the Hunter region community. We look forward to continue our support to this very worthy cause again next year 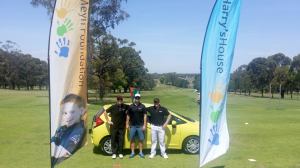